2020 has been off to quite the unsettling start, between the wildfires that burn through Australia, the recent passing of Neil Peart and Kobe Bryant, World War III concerns being raised in much louder voices than a fearful whisper, etc. Yet, I wanted to touch upon some of the items that I was working with in attempts to better myself in the first month of 2020.

Typically, everyone sets New Year's resolutions which are held with great care for the first month or few, and then quickly dropped; often due to the goal being unsustainable or too close to a chore. I fell into this cycle many times, and decided that I wanted to approach my goals as smaller monthly-challenges, similar to Matt D'Avella's own. By limiting each challenge to a month, I'm able to make the scope smaller and also accommodate time / priority shifts that are expected to appear just as things begin to make sense.

For January, I wanted to jump-start the challenges with three which each focused on an aspect of life that I wanted to improve in a small way (to start). The three were health, reading, and blogging.

A lot of the challenges and goals you'll read about here involve working on a computer, which also implies quite a bit of sitting around and periods of inactivity. To combat this, I challenged a friend who also had an Apple Watch (arguably the best item in the Apple Ecosystem,looking at you iPhone "innovation") to bi-weekly health challenges which were measured by the watch. This involved hitting 600 points a day which was dictated by standing, movement, and exercise. Bi-weekly was to account for the busier weeks where an end of sprint may occur, where more time is spent on late nights if needed to meet deadlines (if done sanely that is, not advocating). The challenge itself was great, and though I shied away from the Gym (in attempts to avoid the January flocks), I was able to achieve 600 points most days through lots of walks, stair exercises and fresh air. It allowed me to see more of Toronto too as I'd walk everyday to and from Bloor towards Union for work. Having someone to compete with (whom did win, due to my weekend becoming increasingly busy -but, it was a close competition!) also enables my competitive side to kick in, which was a great push when looking to improve health and also looking away from the screen throughout the day. More on this to follow as I intend to keep up with this challenge.

In 2017, I became a blogging-monster purely to spread some thoughts I wanted to share, along with appease my Open Source (OSD600, SPO600) classes which provided marks for "showing your work" through blog posts. I realized in 2017, that with the proper motivations and drive that I loved technical blogging. The ability to share intellectual information and troubleshooting along with the embarrassing failure stories and remorses was a medium that I relished in; being more accessible than the YouTuber / vlogger style of content deliver being a major plus. In the years to follow, though I enjoyed blogging the frequency of content and (in my opinion) quality started to dwindle. Posts came once a month at best, some being released months apart on average. It was a phase of "just get it released". It became a chore that I lost interest in at the time, often putting off any time I could spend on blogging to other mindless activities.

For January, I told myself that I wanted to revisit blogging, but with a different perspective which would instead of challenging the constant release cycle of content, I would write about items that I was working with in my daily job and interests with the intent of releasing the article in the first few days of the next week. Where this differs is in the approach, once which I think enabled this challenge: attempt to blog for 20 minutes a day where possible. Instead spending an entire day on an article, I'd split it up among the days to make it more accessible in this busy world we find ourselves in. The 20-min a day writing idea allowed me to schedule [often at the end of the day while I was winding down] dedicated time for writing, which became a habit that felt more of a hobby than chore or requirement, and it allowed me to also publish a new post every Monday of January so far!

I told myself that I wanted to get back on track with the hobbies and activities which would better my outlooks and experiences, one of the most popular ways being reading. In 2019, I started off with a challenge of reading 20 books and recorded 12 books before I lost interest to shiny toys and other distractions, so instead of committing to what seems to be a modest goal, I decided to challenge the concept of dedicated time for reading instead. My challenge which I have at the time of writing the blog post have maintained for the most part, was to read for at least twenty minutes per day where possible. This was easily translated to my commute, which used to consist of Podcast listenings while browsing Reddit and Twitter -a side effect of having to lose the podcasts for the book; I now need to find a time to supplement my favorite podcasts. 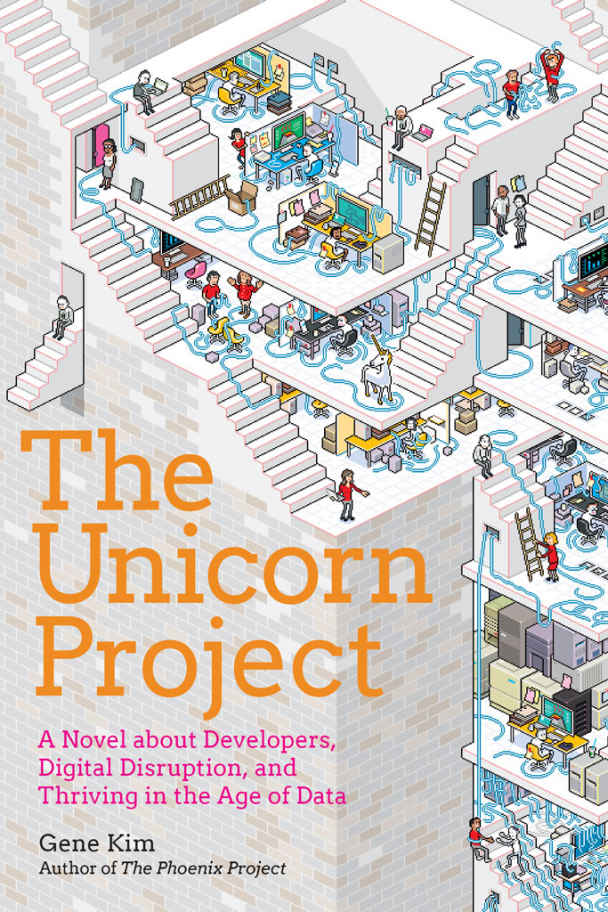 This January, I opted to finish reading The Art of Possibility which I was half-way through at the start of the new year. It's a fantastic book, one which by that half-way point, I had already bought spare copies of to distribute to those I believe would enjoy the read as I did. After, I undertook the long anticipated The Unicorn Project, the follow-up to The Phoenix Project by Gene Kim which I completed just this past weekend. Needless to say, hearing the ravings of those I highly regard such as John Fish and Matt D'Avella also provided the "self improvement concepts" boost of motivation I needed to resume my old reading habits. I remember going through entire book series back in highschool, often scaring the librarian how quickly I was checking in and out various texts. Fun times!

Aside from the three challenges, I also set two project goals that I wanted to complete or get into the last stage of development before the end of January. I found that I was even more willing to be flexible with the timelines of these projects with the rationale that I had good reason to be. As long as they was a reason to move the delivery date that was appropriate, no harm done. With that being said, here are the two achievements that I set-out for in January 2020.

In January, I launched the MVP version of this site, raygervais.dev, which is based off of the Gridsome blog starter template. For this MVP, I wanted to ensure the base essentials were in place:

If you're reading this on that site (which you are!), then I managed to achieve this goal! Yay to "New Year, New Me!" motivations [sarcasm]!

Similar to my site, the MVP for my Dad's business Ray's Place was aimed at being released the final week of January, the current site can be found here. It's a site which has been around for over five years, originally starting as a weekend project to replace the then-horrendous out-of-date site that he got with the business. It was built with Bootstrap and JQuery, mangled together by the hands of an individual who took a single web development course before at Seneca; it was a mess of well-indented code. For years, the site was updated to meet new content accommodations, and each time I had to go back to the static HTML and CSS, I was reminded of the attrocity which I created that thousands were forced to look at if they wanted to get information on the business. Surprisingly, many had no problems with the site's quirky aesthetic and breaking mobile-design -according to those I asked; (unbeknownst to them that I had developed it. Still, after much pressing I was finally given the go-ahead to start researching and looking into a modern platform which version 3.0 would be built on.

I settled on JAMstack for the developer friendly options, vast options of front-end and back-end platforms, and ability to connect directly to CI/CDs such as Netlify for hosting. This came about after writing two other versions in PHP and Node, but that's a story for another time. Tasked in the Summer of 2019 to start development, I set-out to build a Gridsome site from the ground-up (no templates!) that would become Ray's Place! We're almost there too! Included in the initial 3.0 release was:

Still scheduled for the start of February, the only delay which I foresee is possible edits that I'm working on in parallel with this post based on initial feedback from friends and family! So I'd consider it almost a success with the worst case it being released in February as business starts to pick-up.