Starting 2019 with a Retrospective 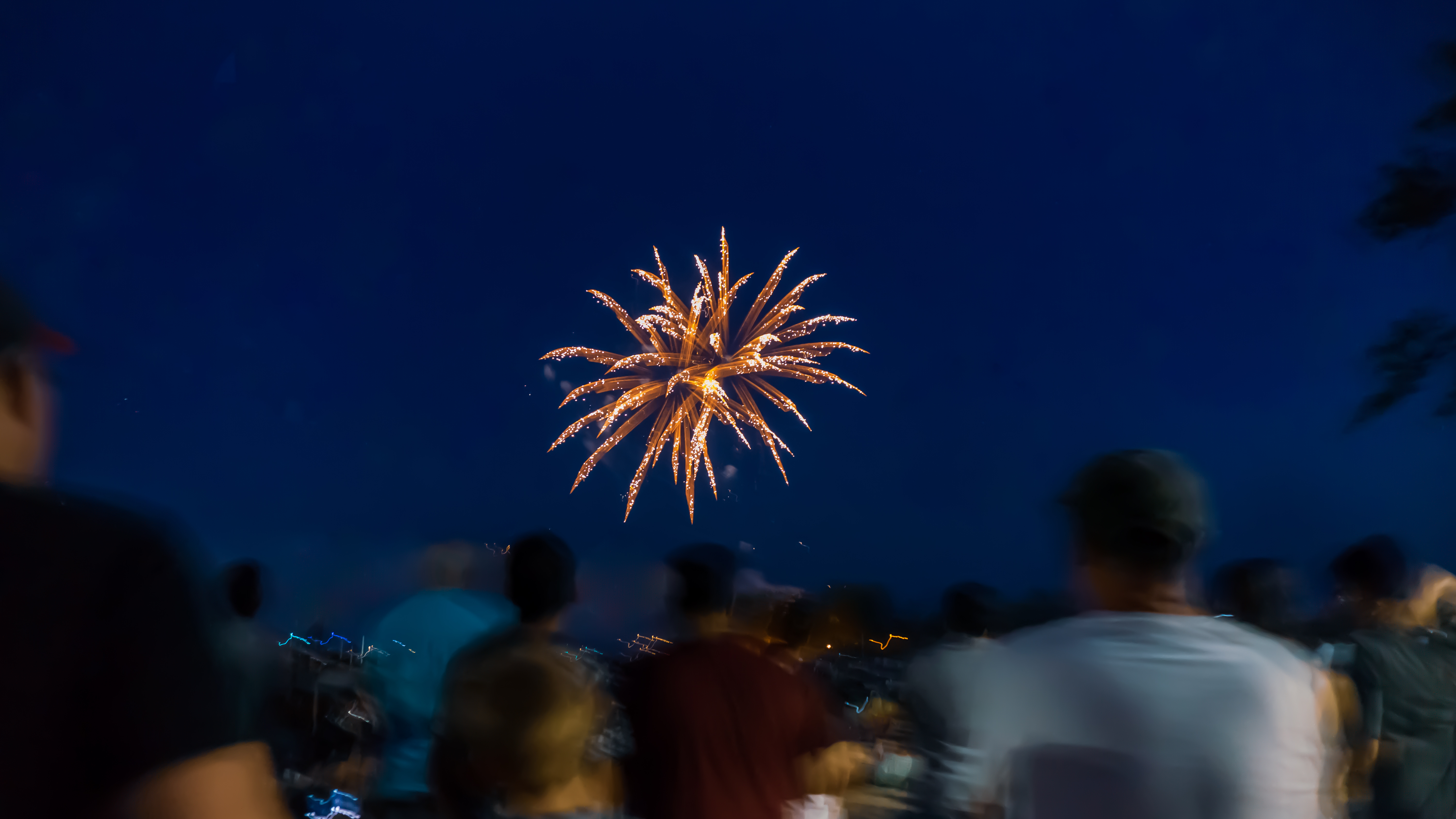 This past year has been full of lessons, just as every year before; an expected constant which I think is important to reflect upon just around the end to identify growth, ambitions and also sway between where life is taking you, and which steps you want to take. Instead of mentioning the negative lessons, inner turmoil and emotional demons, I wanted to touch upon some career and personal growth discoveries that I learned this past year - some even being common sense! Without further ado, here is three lessons from 2018 and three goals for 2019:

In December, I went to a back-to-back dual-set (try saying that three times fast) show put on by my emo years hero’s: Silverstein (touring with Hawthorne Heights, As Cities Burn, Capstan). It was absolutely fantastic, and also long (4+ hours it felt like of loud music, blasted straight at your eager-to-headbang self)! For the first time in all my concert going events, I decided to wear hearing protection (which I always carried, but forevermore decided to ignore) since I knew I’d be close to the stage and also exposed to incredibly loud and sharp sounds for hours on end. Fast forward to end the end of the night, and I noticed the following thoughts or side affects:

I’m definitely continuing this for the majority of my upcoming concerts this year.

Step Away from Technology Periodically

Simply put, learn to step away from all of the screens; the digital distractions and notifications, the networks, the allure. I’ve been a huge Matt D’Avella fan, and his video Breaking Your Phone Addiction’ really struck a chord with me as I immediately became aware of the digital ‘twitch’ that he described in the video and discussed similar findings with another like friend who was researching similar (thanks for the chat Andrew!). There was one more item that I noticed when I set all technology aside for the vast majority of December (sans work of course), it gave me room to clear my head and also evaluate interests, focus, and other non-digital topics.

For the past four years, I’ve enveloped myself in all things digital and binary-centric (aside from writing notes here and there and attempting to journal off and on), so this was really taking myself out of my expected comfort zone. Once you realize this, allow yourself to breathe and take in the world around  you; it’ll allow your never-stopping head to finally slow down and relax. I’ve learned from peers that some do this easier than others, sometimes naturally.

Take Yourself out of Your Comfort Zone

My career titles  since starting Seneca College have been rather humorous. As I’ll explain below in further detail, I got into software development because I was interested in Android, iOS and Desktop Application development. Yet, my first two coops (the later of which stemmed over a year) both revolved around web developer job titles (Web Developer, Front-end Developer, Full Stack Developer), and my current full time title revolves around the DevOps and Cloud Engineering concepts. It’s nowhere near what I originally went for.

Yet, I am content as hell to have experienced and learned those positions, since they took me out of my comfort zone and emersed me in such a different scope each time that I could add a different stack specialization from each title. In English, it forced me to become a better developer; a more well-versed and depth-aware programmer who could make awesome (I hope) websites for his own work, orchestrate and manage the CI/CD pipelines for his applications and also manage their cloud infrastructure - all in the span of three years. If you take yourself out of what’s familiar, you may benefit similar to as I have, and perhaps learn tricks that will boost the capabilities of your true passions.

Below, I’ve listed some goals that I’m aiming to complete (there are more, but I think it’s better to start small and see where we can go from there) for this year. Some of these goals revolve around daily involvement, so there has to be some realism and flexibility during the more hectic days where travel, meetings, and events consume precious hours of the day. Still, the worst that can happen is I turn away now or midway, so why not focus on being consistent where possible, and picking up as soon as possible from a falter (such wisdom [sarcasm])?

In the average week, I probably watch a few hours max of Netflix (perhaps more than I like to admit since I have now given in to enough peer pressure that I am catching up on the classic ‘Friends’), and binge  both foreground and background focus with YouTube. I like to consume as much as I can through the platform, both in documentaries, tutorials, technological journalism, music, etc.Yet, I found myself also enjoying and truly growing as an individual not by the countless videos , but by the books I was invested in. Reading during my travels is by far one of the most common commuting habits I have, and in the past year I’ve managed to read fifteen rather lengthy books (all can be found on my GoodReads). My goal for 2019, read twenty books -and then keep going from there!

I got into programming with the intent of learning how to develop Android and iOS applications. Having completed the introductory courses offered by Seneca for both courses, I longed for more. Along the way of working towards my career, I took a few directional steps that some would consider wasted efforts or missteps -I don’t agree, but I certainly didn’t jump to mobile application job offerings at all; aiming instead for modern web development, DevOps and Open Source-y goodness. This past Google I/O, a new course created in tandem by Udacity and Google was released which targeted intermediate Android application development with Kotlin. I figured, it’s the perfect course to pursue my original motivations, and hopefully also position myself closer to where I think (at least as of writing this article) my specialization should be. The great reward from taking a course like this is that for one, I get to develop and enrich myself in the technology stack closer to my original intents as a hobby and personal growth task, and also implement ideas, portfolio items, and hopefully useful items available to many based around what I’d learn from the course. They would be hopefully architected and developed in a way to be somewhat future proof (one can hope)!

I wrote about the benefits of having an analog notekeeping workflow perhaps a year or more ago; and since then I’ve had an on-off relationship with the same workflow due to a world that moved faster than I could keep up with on paper. Realistically, it’s no excuse; I got sidetracked or dropped the idea of paper notes and journalling and organizing for “it’s somewhere in my head, don’t worry!” promises. Since December, I decided to revisit and truly dedicate time to the subject; following a reduced variant of the Bullet Journal system created by Ryder Carroll. I found that after journalling consistently for two weeks, I found myself more at peace mentally with my thoughts of the day. Instead of having tasks and useless notes swimming around an already burnt-out head, I could instead put them somewhere a little more permanent to rest and congregate.

Now, I can reference them in one location, and declutter one more segment of my mental capacity with each new entry. It’s not all smooth sailing mind you, there is time and effort put into this system which may appear as a waste to anyone else not using the same exact system, but I find there is a beauty in it too: because each pen stroke is permanent unless otherwise trashed or overwritten, you truly do have to ponder and make think before the first word is put down. Notes truly mean something to you (since the purpose is also to avoid being verbose) and serve as a way to organize so much with just a paper book. At the same time, as I find more ‘modules’ (as I’ve come to call them), I write down the needs and how I think it would work best so that with the next bullet journal, I can place it properly into the system instead of being found on a random page as a rough draft. Needless to say, I’m enjoying the investment so far.

For those interested in my previous writings on Analog Journaling:

For those interested in Breaking Your Phone Addiction (Highly recommend):