Leaving the Campsite Cleaner Than You Found It 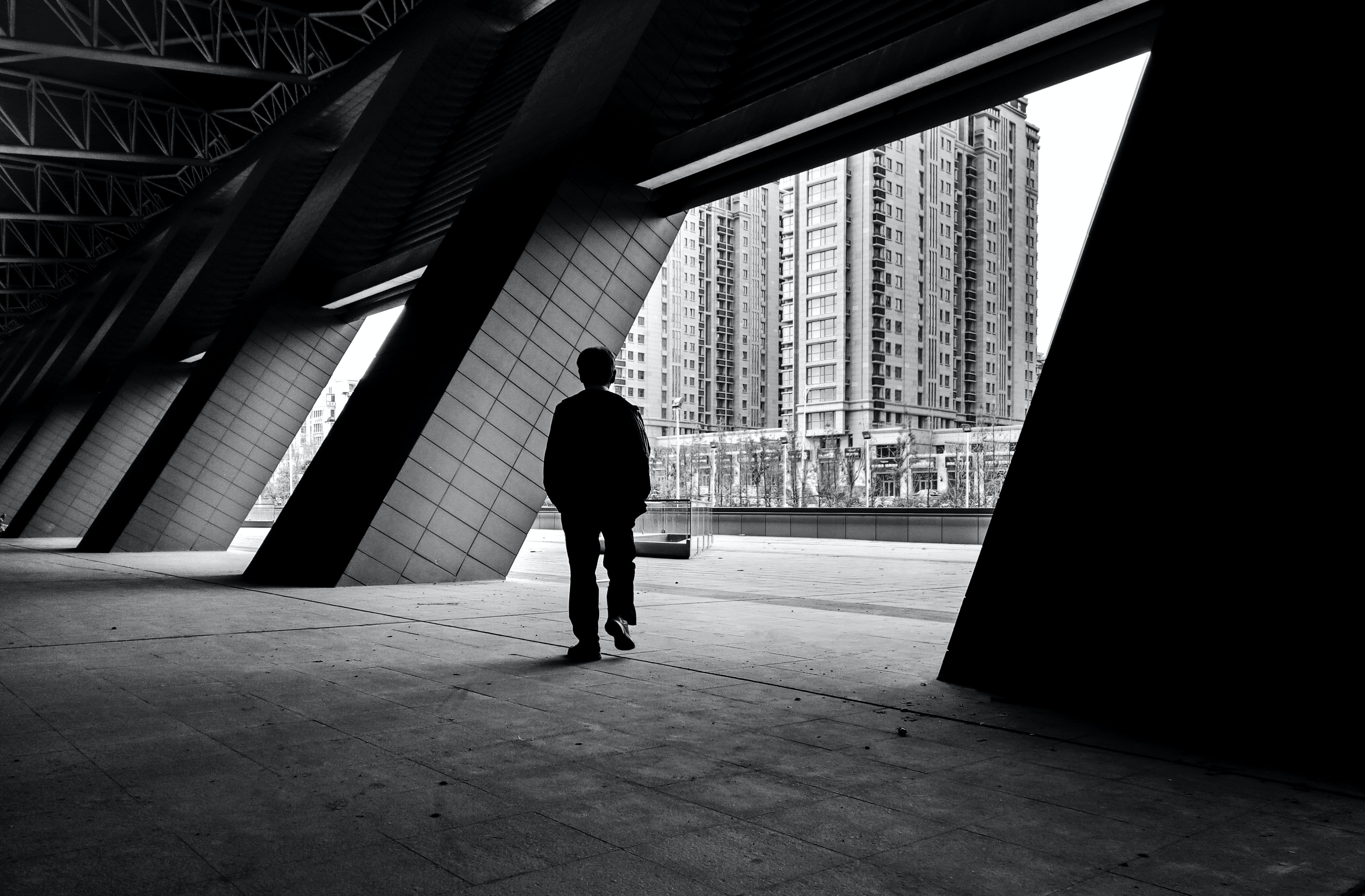 Would you believe me if I said I had rewritten this one article five times?

Today marks my last day working as a Cloud Engineer at Scotiabank, and I thought that in this bittersweet reminiscence, I’d like to share a few lessons and initiatives which the team and I observed as we went about cleaning the campsite. See, I’ve had the chance to work with incredible people here at Scotiabank for the past two years, but incredible is joined hand in hand with opinion and hard lessons along the way; resulting in critical questions being asked, compromises being debated and arguments around the term “friction” occurring. Even more-so recent, the team the opportunity had the chance discuss some of the frictions and “smells” which existed within our everyday tasks and went about trying to improve them each sprint. I thought I’d document some of the lessons around the concept of developer “friction” (or more so, how to improve the developer experience) below so that you, kind reader, may discover similar themes in your own team and start the discussion of how to improve them. Lastly, stick around to the end for a little heart-to-heart with my dear teammates as my closing remarks since I’m terrible with them when put on the spot.

Address Technical Debt In Everything You Do

For every decision in a project, there’s a corresponding technical debt which is often created. If we are lucky, it’s documented somewhere in a JIRA backlog to die a slow and quiet death as sprints roll on without it. For the unlucky, it festers and creates issues behind the scenes which the team is bound to run into at the least convenient time. I cannot recall the amount of time our own work and releases have been blocked -or at risk of not being released, due to technical debt revealing itself at the worst of times. In my case, I can map out known technical debt areas such as:

Every project has it’s own debt, both big and small. These are very appropriate for an enterprise environment, that’s for sure.

A similar theme that you’ll see in this post and my other writings, I like to introduce and leverage concepts which come from software-centric companies such as Amazon, Microsoft, Google, etc. Though I cannot for the life of me find where the original idea derives from, a common practice is to pay down technical debt whenever the opportunity presents itself. During the pandemic, I imagine many of us grew out our hair or buzzed it entirely, but in a normal world many address their growing weeds ~monthly. Technical debt should be the same, always addressed when the chance arrives and not forgotten about in a JIRA backlog dating back to the land before time.

While learning to understand how one does configuration as code unit, acceptance and smoke tests, I had learned that the overall concepts and platforms (used internally) had originated in a blog post from 2014. Never changed. Since 2014. Modern, you may think. Out of date I’d argue given the rapid update cycle of modern SaaS & IaaS platforms. Sure, it may be “safe” to use the tested approach, but after writing enough boilerplate with the inability to squander any additional value from it, you begin to wonder, “could there not be anything better?”. Perhaps out of ego, pride or spite, I sought out to discover how other companies leveraged these platforms and what their codebase looked like when it came to writing tests, configuring their test-harnesses, and also what tooling was used for automation or reporting. To my surprise, one of the first things I had discovered for Puppet was the release of the PDK (Puppet Development Kit) CLI containing built-in unit-testing orchestration as of their 2.0 release. Why was this a surprise?

It’s the little things, ya know? A great blog post by Nick Howell which covers how the 2.X PDK works with Ruby unit tests can be read here for those interested. See, for the above topic to truly be monumental to you dear reader, you have to understand that prior variations of testing Puppet modules involved multiple (volatile, in my opinion) frameworks whose API updates kept breaking our Public Cloud CI/CD. What’s worse than a pipeline returning a red build due to your bad code? A pipeline which cannot run the tests at all due to a breaking change in the APIs of said pipeline.

I decided to spend some time researching and understanding how modern day Puppet looks in the testing department, and if I had to sum it up in a single word: seamless. In my case, Puppet’s PDK (Puppet Development Kit) CLI has built in unit-testing as of the 2.0 release, which enables a single tool we can leverage for the entire end-to-end life cycle of the Puppet module. A great blog post by Nick Howell which covers this subject more is can be read here.

Learning from Open Source Projects: The Art of Forking

When my team inherited the project, we had one primary focus: stabilize the platform. How bad could such a product be that we only had that focus? Well, this platform broke depending on the direction the wind blew that morning, and was also great at crashing just as the output would start to spew green, happy pipeline processes. It was a heartbreaker to the core. It took months to learn and improve the platform’s software, the aim being to achieve consistent performance for being run monthly with minor middleware updates in between. Identifying the next step towards improving the overall project means dissecting the software development lifecycle(s) and questioning the why of various aspects. For example, in my case we had discovered there was no true developer environment for testing of changes prior to merging into the stable project code base. This implies constantly breaking the stable build while testing out modules with the only fix being a revert after each failed build. Sounds rather simple right? Well, what if I explained that there’s multiple builds, builder(s), packages, and systems which all integrate into this setup where a single change to stable would impact them all. Certainly there has to be a better way, right? Within the year, it was clear that building your highway as cars drove on it was clearly not the best approach.

Enter, the beautiful world of project forking! This semantic of forking a project, developing and testing, and merging back I learned from Dave’s Open Source classes, and once again his teachings bubbled into software approaches which improved the setup ten-fold. Instead of merging changes directly into the sacred stable project repository, what if we have a duplicated, always up-to-date version dedicated for development, testing, and breaking? A developer package variant of our product! Atlassian wrote about the process in vast more detail, but essentially we enable a method of rapid testing and feedback through this its-ok-to-break-and-iterate fork of our stable version which will never hinder the green-build goodness of our stable CI/CD.

When my team was created, the onboarding experience for the developer environment was completely manual and filled with questions; settings put into random files without explanation, pulling of out of date Docker containers, no linting or tooling to help with the terrible code that I’d write in the following months. More so, because the setup was done entirely by hand with constant revisions to the document, it was not reproducible in the slightest. For new hires, this can be both frustrating and debilitating to the developer experience. One of my first goals was to write a module which enabled reproducible Linux developer environments which contained my Vim, Nano, Git, Ruby, Python, Go configurations for the various projects. From there, deploying a developer environment took a few lines of code, a few minutes to ponder as your dedicated environment was provisioned exactly as you expected it to. An aside, this inspired my current dive into Ansible for configuring my Fedora/Gnome setup!

See, the key with the onboarding experience similar to everyday goals (in my opinion) is to enable the developers. When an engineer cannot complete their work due to environment issues, friction etc, the process itself must be put to fault. The next steps that I wanted to think about were identifying other areas which could be improved with automation and tooling, including local CLIs for example which interfaced with reporting platforms for easier data retrieval. But, that’s a task for the team to continue now.

The Heart to Heart: An End to an Era

Ali, Kiran, Yasir, Ahmed, Anthony, Gary, Cloud Infrastructure, it’s been quite the adventure as we climbed Everest and battled countless dragons along the way. The concept of implementing ~99.9% CIS compliance within an already locked-down environment is mind boggling from a security point of view, and even-more-so the idea that we can claim bragging rights for being the first team to have implemented such successfully within the Bank. More so, this was my first rodeo when it came to inheriting a legacy platform (still ablaze from the lack of attention) and I wouldn’t have been able to become the primary developer / maintainer of said platform had it not been for your help, leadership, and technical knowhow.

Cloud Infrastructure taught me so much about uplifting your peers and standing with critical decisions, some of which I imagine will become my infamy! I’ve always considered arguments and disagreements to be completely natural -even encouraged at times for the betterment of the product, but with those types of discussions there must of course be an understanding of agreement, removal of emotion and understanding of respect between the peers. We are debating the solution, approach, etc; not the integrity of the developer, manager, etc. Team, you brought your A game when it came to these types of meetings which forced me to learn even more-so if I were to argue the other side, so thank you for keeping me on my toes. Still, we’ll see how the playing field looks during our next Ping Pong tournament.

And so, this concludes my era at Scotiabank it seems. Though one may never know what the future holds, I certainly can say that the items I had learned while under their employ are some I’ll take with me into the next office. Besides, it’s a small world and I’m sure familiar faces will arrive in familiar and unfamiliar offices throughout my career; so it’s never a true goodbye, but instead a farewell as I venture onto the next trip.